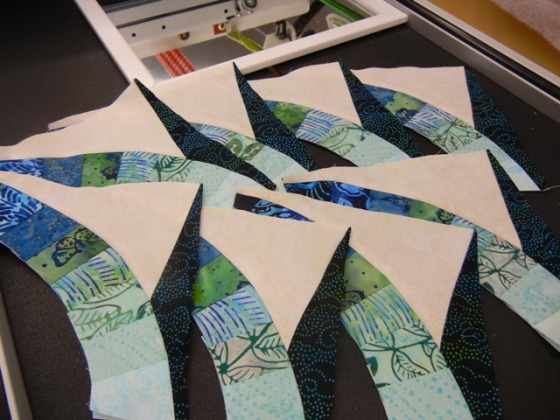 I finally got to the part of the Wedding Star quilt that has the curved seam! Guess what? It’s not half as scary as I thought it would be! I had good advice from some other quilters. One said it is a lot like setting in a sleeve — which I have done many, many times. Another said to resist the urge to over-pin. The pattern’s instructions said to use a little fabric glue along the edge, but it quickly became apparent that the glue was a recipe for disaster, so I resorted to pins, but kept them to a minimum. It’s slow — but they are turning out very nicely!